They say it takes 21 days to make something a habit. (Or break a habit)

Some people want to loose weight and hit the gym (hence the increase in gym goers this month) or to get healthy (eating better, more fruits and veggies, only local foods etc).

Some want to be a kinder person, stop swearing, listen more. 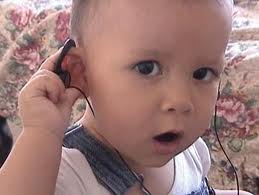 And then some want to do something BIG in 2012, like run a marathon (best be starting your training for that 42.2 kilometer run soon).

I did not run in the 2011 Bluenose Marathon – but I have done the 1/2 Marathon and a few 10 km runs at the Bluenose in the past – such a great event in Halifax, NS.  I’m not a fast runner but I love to run. Someday a goal will be to run a 10k in under 60 minutes. Since I’m not ready and don’t have the time to commit to train for a 10k at the moment, this will not be a new year’s resolution for me. But I will run for fun this year.

At the beginning of December I start to think about what my New Year’s Resolutions will be. I do this because I know if I just come up with a few before January 1st they are more then likely not going to become a habit for me. Remember 21 days to create a new habit.

A few new year’s resolutions I would like to make a habit:

That’s it. I am going to keep it at 3. Simple, Easy and hopefully attainable goals.

What are your new year’s resolutions?

Do you think you’ll make them a habit ?