November 11th has always been a day of Remembrance for us. For those who have fought for our Country (and other countries too).

My brother’s in the Canadian military along with many close friends, not a career I could have chosen that’s for sure. I have great respect for those who are in the military and their families. There wives or husbands who run the house by themselves, their children who miss out on having two parents around, their parents for the worry of their son or daughter not coming home.

This by far was the worst day for my family: 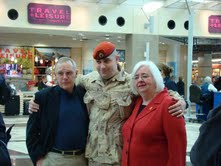 If the picture was bigger you’d see the sadness on my father’s face, the braveness in my brother’s and the hope in my mother’s face. His wife, not pictured here was holding it together somehow. I was unable to be at the airport this day and am thankful for that – I would have been a sobbing mess.

However, we were able to have this moment upon his return 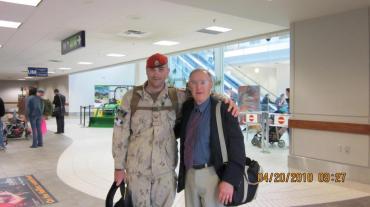 Such a happy day for our family.

Today, I remember those who lost their lives, their families, their time.

So many years of people fighting for their country, so many war’s, so many losses. 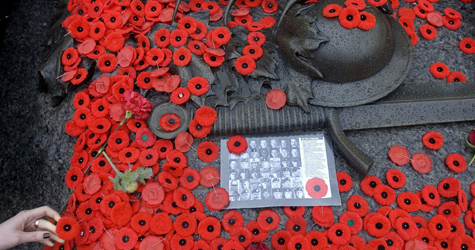 It’s been over a week now that I’ve been doing the “Fall into Fitness 30 Day Challenge”. I’ve had my ups and downs but it’s been a good week. I’ve managed to accomplish each goal:

1 – Meal Planning: week #1 done and successfully managed to make all the meals I had planned. Week #2 is planned but I’m not feeling as good about it…. we’ll see how it goes.

2 – Work Out four days of the week: Managed 5 days 🙂 My workouts have included a Zumba class, a Soccer game, Running, Thigh Challenge and T25 DVD workout.

I’ve talked a lot about this Thigh Challenge that I am doing and it’s starting to hurt….like, really hurt with the numbers that are only increasing. Though I’m not fully ready to give up on the challenge, I’ve decided to break it up in to two sets. I’ll do half in the morning and the other half later in the day/evening, that way I’ll get it all in and not hurt myself trying. 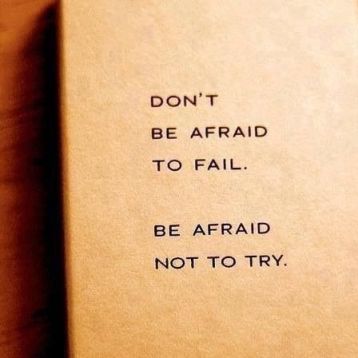 I’ve just completed 1/2 of set and will do the rest tonight before my soccer game, yes another one! I’ve been at our local indoor soccer facility for the last three days in a row! Years ago, I used to spend 5-7 days a week on the soccer field between coaching and playing. So three days in a row is a lot now. Lilly had soccer yesterday and I played with her since it’s a parent/tots program – SO MUCH FUN!

Do you ever modify your work outs?

Did you take in any Remembrance Day/Veterans Day ceremonies today?