It’s been a full week of nothing. Well, nothing but feeling absolutely miserable. I think I had every symptom in the book: nausea, head ache, sort throat, stomach problems, light headed, dizzy….did I mention nausea? I seriously wasn’t sure if I was ever going to get better. It started Nov 12th and I only started to feel better yesterday.

It’s been a long time since I’ve taken a break from running/working out for this long but my body had some other plans for me. I would start to feel better and then BAM…all the symptoms would hit me hard for hours on end. It sure isn’t fun being sick and trying to take care of two little girls on your own since my husband was away for 5 days.

Monday night I had planned to do some baking but all that happened was cooking up some home made chicken soup and laying on the couch next to the fire watching a show. I was getting annoyed with feeling ill so before bet I did a 1:25 minute plank since I stopped doing them last week. 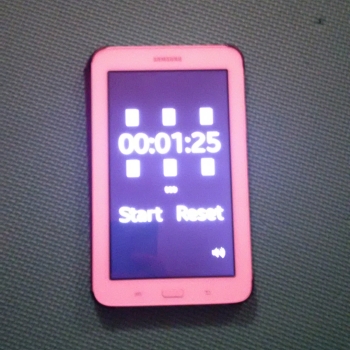 Yesterday, I decided to go to yoga class at lunch. As I ventured off to studio in town, I wasn’t sure how I would feel but I was determined to go and enjoy it. Luckily, most of my symptoms were gone yesterday but my stomach is still yucky today. Yoga class was GREAT! I even managed to hold the “birds of paradise” pose for the first time on both legs – this is progress!

I was hoping to get back to the 21 day fix with my co-workers today but I’m not sure if my body is up for that…I did bring my running clothing to work as well. We’ll see what happens.

Anyone else sick right now? Sure hope you don’t get what I have.