With the last few days of 2016, I thought I would take a look back at the year. There were a lot of great things, sad things, nagging injuries, goals accomplished and still to be accomplished.

Over the last few years I started a new tradition with my daughters where I run my first kilometre of the year with them. We don’t go fast, we run in any weather and we do it together – one kilometre. Though my hamstring was still “unhappy”;  Lilly, Hilary and I went out to run together one kilometre together. 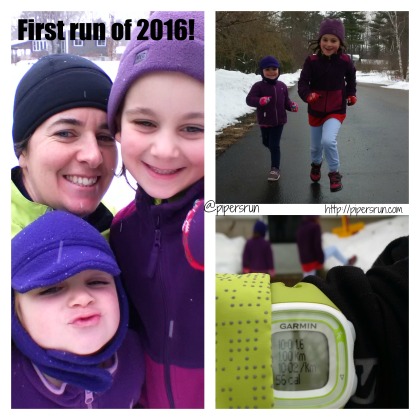 I eventually set my goals for 2016  a week or so into January, which seems to be a tradition as well. I decided that since I wasn’t training for a race, I wanted to build my base for a spring race and get my fussy hamstring in order. This would be my focus for the next ten weeks. 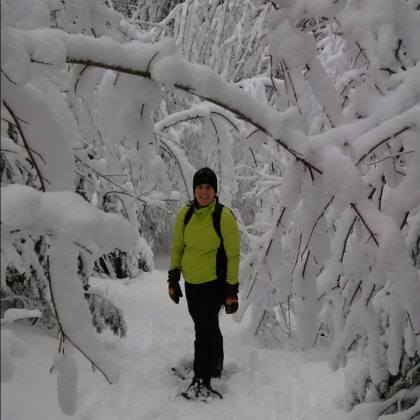 I joined Team Nuun and became a Nuun Ambassador which has been one of my favourite go-to’s for my runs. Fingers crossed I’m involved again this year. We got in lots of skiing, snowshoeing and I got to review Meals on the Run (which I’m still loving).

I kept building my base and signed up for a few races; Bluenose 10k and Johnny Miles. Johnny Miles was my goal race, it was my race away from home, my come back race from dealing with my injury. If you’ve been reading this blog since last June, you’ll know the outcome of that race!

I got back to doing yoga once a week and still love it. We did a little skating, more skiing AND my husband started working close to home – NO MORE TRAVELING AND BEING AWAY! Life changing event in our house folks….no more part time single parenting and no more 5 hours of driving one way/being away from us for him. Life changing!!!! 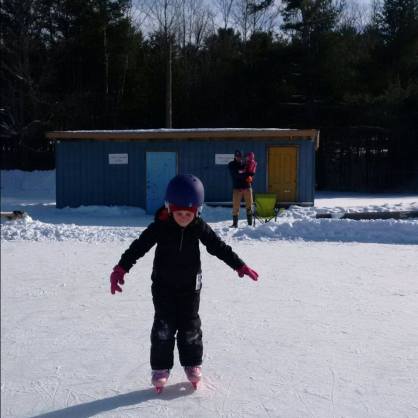 March was the month of wrapping up “building my base” and I started my training for Johnny Miles Half Marathon, I became a 261 Fearless Ambassador and we went away on March break to ski as a family. Lilly learned to ski on her own and Hilary did awesome skiing with us. 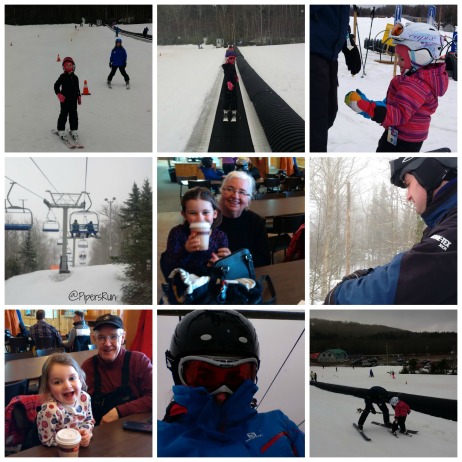 Though I started training for Johnny Miles in March, April was the month that it really kicked in. I added in IronStrength workouts which killed me every week and weekly yoga. Saï and I started working out at nights once the girls went to bed. He started running and cycling more since he was home often and that motivated me. I was in the thick of half marathon training and loving it.

In May, I ran the Bluenose Marathon 10k and it was horrible! Not the event but my run was horrible. I struggled a lot on that run but tried to enjoy the people and bands playing…and running with my brother at the beginning. The girls ran their 2k race as well, despite the intense heat wave we had that morning. 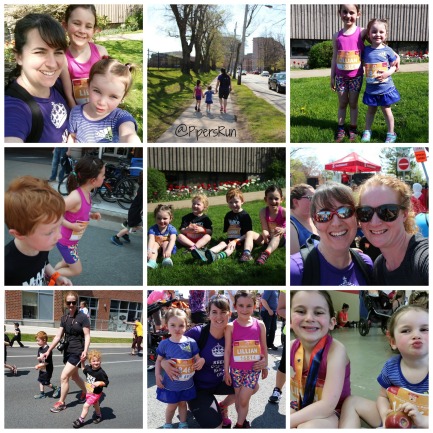 June is a birthday month in our house, which saw Lilly turn six! It’s unreal how fast they grow up. June was supposed to be my goal race at Johnny Miles Half, a run I’ve wanted to do for years. Unfortunately, our dog Maclean passed away two days before my race and we were all just devastated.. 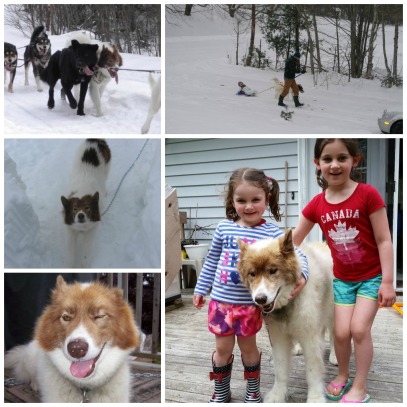 I ran Johnny Miles half anyway but it was horrible. It was my goal race, my best training to date, yet I was just completely broken inside. I loved the course and the race environment but it was just mentally and physically hard. I ended up taking two weeks off running as I just couldn’t bring myself to run. I lost a lot of motivation/joy this month – in all aspects of my life.

We celebrated Canada Day by picking strawberries and hanging out with friends at a local event. Shortly after that it was my birthday but I still had felt broken…all of us did and would for a few months to be honest. Telling your little kids that their dog dies wasn’t easy so we had many conversations about this and lots of tears. 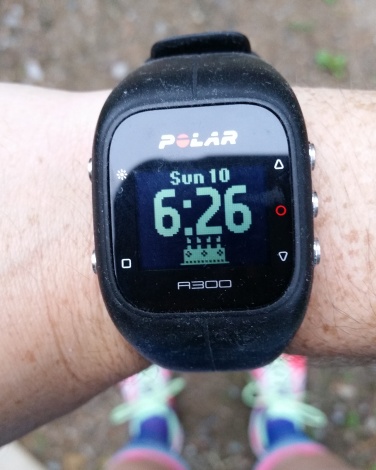 We went on vacation to PEI  again; enjoyed the beach, ran by the ocean, saw friends and family. It was a vacation that we all needed. 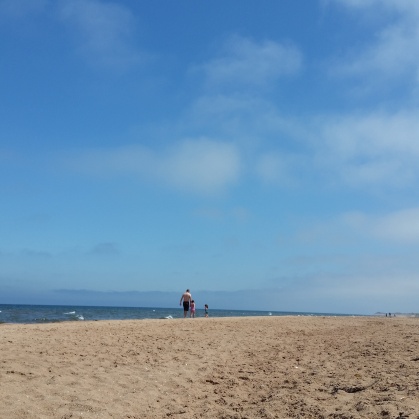 Both Saï and I got in some early morning runs along the oceanside before the heat of the day would start. 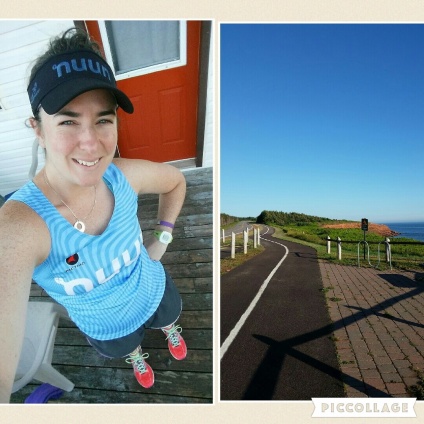 I signed up last minute for the Heart of the Valley 5k and was loving playing soccer again, until…I injured my ankle during a game. Essentially, I jammed my ankle and was in severe pain for 4-5 days. I couldn’t run. Since training went out the door, I managed to do more yoga, go swimming with the girls and a cycle. I’m a wannabe cyclist who might someday get brave enough to ride her bike next to cars! 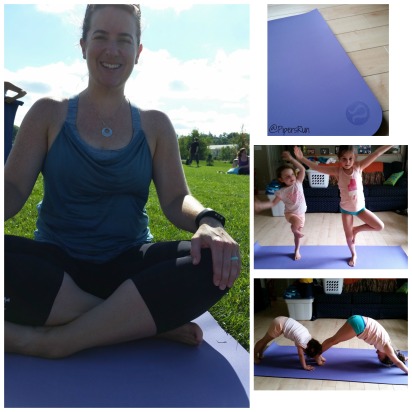 September hit and I got really impatient for my PT appointment so I taped my ankle and ran on it a few times. It felt pretty secure and good. Lilly started back to school and was so happy about it! I got into my PT (which I’m almost done with, thankfully) and he gave me a plan to get stronger.

I didn’t get to run my half marathon but I sure did enjoy running the Tartan Twosome: 5k Sunset and 5k Sunrise at Maritime Race Weekend. I had a great weekend and my husband ran his 2nd half marathon and did awesome! 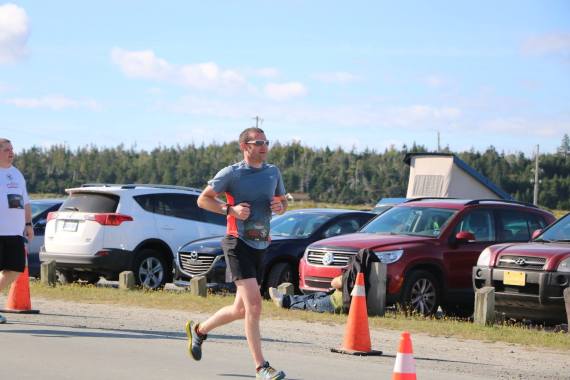 We also picked apples (a fall tradition) and the girls and I ran the Terry Fox run!

I was in the thick of Physiotherapy and was allowed to run the Valley Harvest 10k which wasn’t near a personal best for me but was such a big win for the year in running. Struggling with injury after injury, I was just happy to be running. The girls both ran in the kids races at the VHM too. They had a great time. 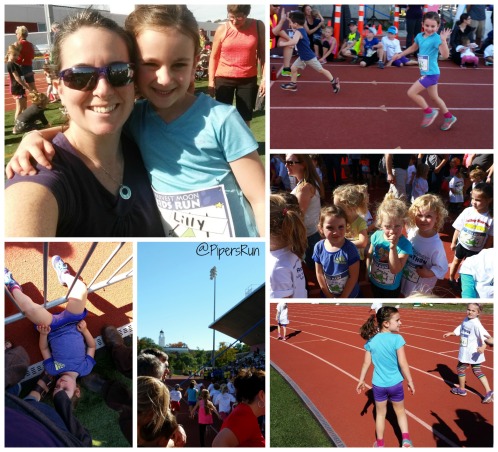 We celebrated Thanksgiving with family, the girls started swimming and gymnastics and I started going to Barre classes. I even started back at soccer too!! Why you ask? Well, I was given approval to do so and I love the sport. I realize I can get injured again but it’s a risk I’m taking.

My husband and I celebrated our 9th wedding anniversary. We managed to sneak away for a night in the city and go out for dinner…and not get interrupted or witness any tantrums. It was kinda nice 😉 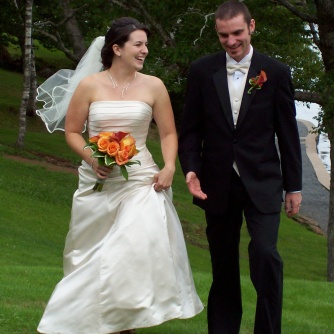 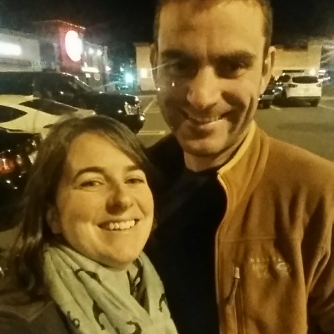 The blog was a little quiet this month as I was lacking motivation. We went to a Santa Parade and I forgot my sports bra far too many times which resulted in many failed runches. C’est la vie!

Another big birthday month in our house: Hilary turned four and Saï had a birthday too. 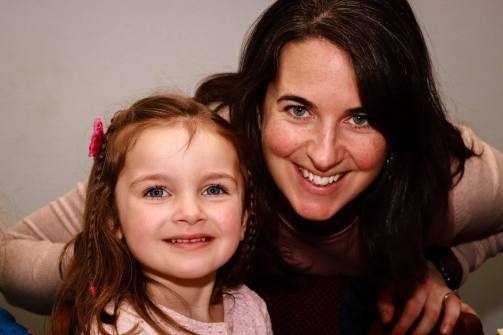 We slowly got ready for Christmas and I shared a few of my favourite running items. I managed to get in a few runs outside in the snow and decorated my treadmill (#merrymill) for the season! 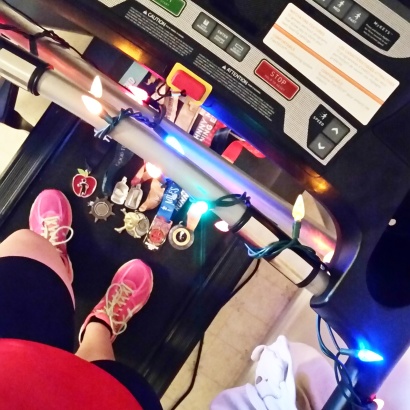 Our Christmas was different this year as Saï had to work all weekend so we celebrated when we could. Christmas dinner four days early, traditions of new pj’s and seeing the lights on houses Christmas eve without Saï. However, Christmas morning when Saï should have been sleeping we spent an hour and a half opening presents and having breakfast together. It was short and sweet before he needed more sleep followed by another shift but it was great.

That’s been my year in review! If you want to read last year’s you can find it here.  And if you are still reading at this point – thank you 🙂 I’ve enjoyed blogging this past year, reading your comments, connecting with other bloggers and learning so much. I’ll be back in the new year with some 2017 goals, my mileage wrap up for 2016 (so close to last year’s #’s) and review of my 2016 goals!

Did you have a favourite month or “thing” you did?

What are you looking forward to the most in 2017?