Last week we had a COLD week in Nova Scotia and even saw snow twice! The first morning that I woke up to snow I actually wanted to cry. Don’t get me wrong, I love snow in the winter but not mid to late April. Luckily the snow (1-2 cm) melted by the end of the day. The second time it snowed I had my long run scheduled – awesome!

What was Planned VS What Really Happened

Monday: Rest Day | Cycling. 40 minutes on the indoor trainer. I’m starting to push myself a little more on the bike by increasing/decreasing the speed/gears to make it more challenging. It was hard and my legs were tired afterwards.

Tuesday: Yoga | Yoga at lunch. I still love going to this class. I always feel great afterwards and my back feels so much better after an hour of yoga.

Wednesday: Run | 5k Treadmill run. Struggle bus!!! There was nothing pretty about this run. I kinda hated it but loved it at the same times as I know getting back into regular running is going to be hard work. I also has Physio for my back.

“Sometimes it’s not what’s in front of you but within you that can get your through challenging runs”. 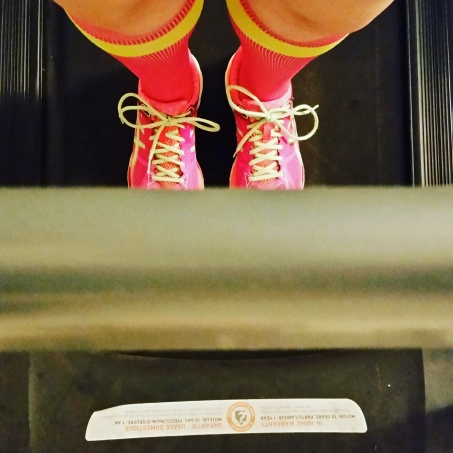 Thursday: Cycle | Rest Day. I wanted to cycle but was just too tired so I took a rest day.

Friday: Rest | Rest Day. This was a scheduled rest day but to be honest I wanted to do something. However, I took a rest day and hung out with my husband that evening (most of my workouts are at night)

Saturday: Long Run | 10k Long Run + Earth Day. This was a test to see if I could handle the longer distances, even after finishing an 8k last weekend I wanted to get this under my belt before trying to move forward. Though the run was good, bad and ugly – I got it done! 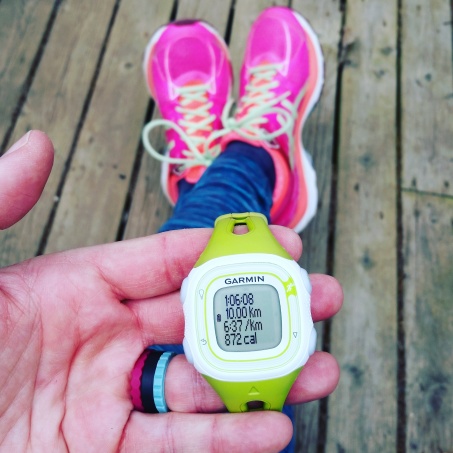 I wanted to get up early and get my run in but it was more like 8:30 when I started. It was snowing. I had to wear gloves and a toque and the wind was whipping.

I knew I’d be just over an hour and wanted to stay on some flat terrain instead of hills. The first few km’s were great but then it got a little hard. After it got hard, it got bad so I had to walk a little more. The it got ugly on km number 9, so I walked. There is nothing wrong with walking. I managed to run my last km and felt strong at the end, so I’m taking that as a win!

My oldest daughter wanted to do something for Earth Day so we decided late afternoon to go clean up garbage. We started in our front lawn but could only find a few things so we went down to our local trail. It’s used by walkers, runners, cyclists and some motorized vehicles. There was garbage everywhere!!!

Sunday: Cross Training | Rest Day. The morning was spent at swimming lessons for the girls and they both did awesome! Hilary hates the water but she finally did 100% of her lesson. The afternoon was spent doing laundry, cleaning the house and being referee to the girls. Saï took Hilary out shopping and Lilly and I baked vegan blueberry muffins. I wanted to get on my bike that evening but was exhausted so we watched a movie instead.

Though I had a few more rest days the I wanted, I’m okay with that. I’m trying to get back into half marathon training while keeping in mind I’m still dealing with whiplash from my car accident in March. I don’t think it’s going to be fully heeled any time soon but I’m doing everything I can to reduce the pain and get stronger.

How was your week?

Anyone do anything for Earth Day?

Anyone race this weekend?