I’m pretty sure this is my “I’m-back-in-the-game” weekly recap of half marathon training. Up until now, I’ve been following a training plan that I used last year but really just using it as a bench marker.

Last week I managed to increase my mileage a whole latta without planning to. Though it lacked good strength training, I still went to yoga, did my PT exercises and been foam rolling daily.

What was Planned vs What Really Happened.

Tuesday: Yoga | Yoga. Had another great yoga class at lunch.

Wednesday: 7k Run | 7k Treadmill Run. Oh this was a sweet run! I wasn’t expecting anything out of it other then getting it done but it was magical! Okay, maybe not magical….but my legs finally felt like I was flying. I just wanted to keep going but it was getting close to 9pm and I still needed to stretch, shower, foam roll before bed. I love runs like these…..can we say “runner’s high”. 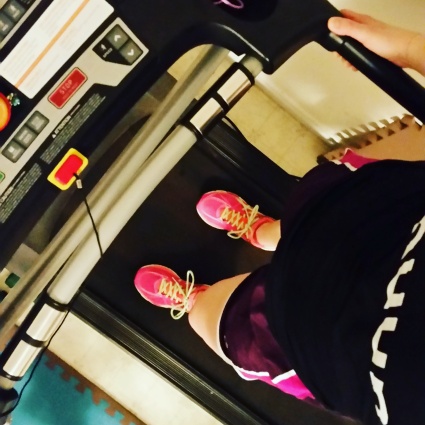 Thursday: 5k Run | 5k Runch. I packed my bags the night before in hopes that I could get in my run but when lunch time approached I really didn’t want to run. I got dressed anyway and headed out. I ran on our local trail but went in a different direction then normal and just took it easy.

There were so many people on the trail which is always great – bikers, walkers, even birders – is that a thing? There was a group photographing birds in the trees. I’m pretty sure I thought they were going to hate me running by as I thought the bird would fly away, but that didn’t happen. 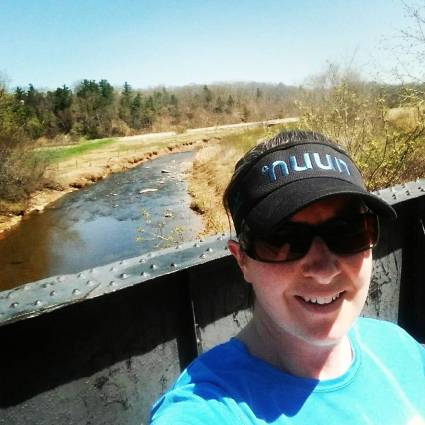 Friday: Rest Day | 20 minute walk. Friday was a planned rest day but I had to take my car to the local garage and decided to walk home so I could work from home all morning. It was just over 20 minutes to walk back home, not a bad way to start the day! 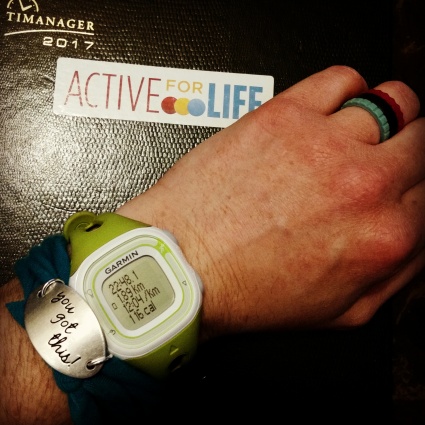 Saturday: 13k Long Run | 13k Long Run. I could probably write a long blog post about this run but I’ll try to keep it short. Friday night I messaged my running buddy Krystol to see if she was up for running together. It’s been months…months since we’ve run together so it was so great when she said yup!

We met at my house at 7am and left promptly after that. We ran out of my subdivision and down to our local rails to trails (railway beds turned into trails) and ran out just under 6k and found another trial head called “Seven Bridges”. She’s been back there before so we decided to explore the trails a bit.

What a cool place. It was single track running which didn’t bother us at all. Eventually, we came to a junction and decided we’d turn around and head back. I was fine up until 9k and then my legs just felt tired. It was a bit of a struggle bus to finish the 13k but we also did a lot of talking – not something you are used to when you run on your own. We finished the run, stretched and drank some Nuun while we chatted with my girls and Saï.

Sunday: Rest or cross train | 5k Shake out run. I didn’t plan on running on Sunday but mid morning my husband politely said to me “so, are you going to do a shake out run today?”. {Apparently, I was a little grumpy and he thought a run would help} I hadn’t planned on it but figured it couldn’t hurt so I got dressed and asked our girls if they wanted to join me on my last kilometre. Of course, they said yes.

They changed into running clothing as it was warming up outside. I told them and Saï that I’d be about 25 minutes (4k) and then we’d run 1k together. As I left on my run, I was running way too fast for a shake out run but I didn’t care until I hit the long incline and then a big hill – I felt like I hit a wall. I slowed down my pace and made it home in 25 minutes and just over 4k traveled. The girls joined me and we ran around the block for 1km.

This is probably when I love running the most – when the girls run with me. It’s fun trying to teach them about pacing themselves and it’s not easy for them to do but we’re getting there. The 1 km took us 8 minutes flat!

I’ve been doing my PT exercises daily for my back and it’s getting stronger which is good. However, my lower back isn’t too happy on days when I run. The lower back muscles are pulling on my glutes a lot – at least that’s how it feels to me. Foam rolling helps so I’ve been doing that daily as well! Last week’s training can be found here –> week 5.

I’ll be taking it easy today (Monday) as I’m on the road to the city for three days. Unfortunately, there is a lot of sitting during the next few days during a course that I’m taking. However, it’s about physical activity so at least there will be some “activity breaks” and walking involved. I’m hoping to sneak in a work out at the gym or head out for a run but the schedule is rather intense! We’ll see – maybe some hotel yoga or HITT workout will be on the agenda.

How was your week / weekend?

How do you fit in workouts when traveling?

Do you run with your kids, niece/nephews, friends kids?